Islesong Book 2 - The Girl who Loved the Whales 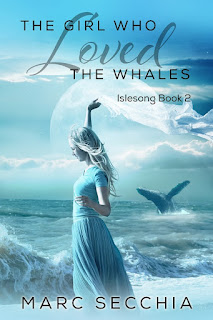 The second book in my Islesong series, The Girl who Loved the Whales, is available on Amazon Kindle and shortly in Print as well.

Singer of Sea-Dragons. A terrible secret possesses her soul. Yet, the journey into darkness has barely begun. For the powers of nightsong, of dread and terror and pain, have laid claim upon the life-current of a girl with a matchless gift.
’Twas the current of terror we sailed that daysong,
Like a Sea-Dragon’s heart was its pulse.
Myriad dangers lurk across the long leagues. Pirates. Treacherous Battlecats. A Hunter from the Deep and a city besieged by Sea-Dragons. The combative Bardsong of a mighty War-Titan–what are his wicked plans for her? With strength born of love, Zhialeiana must conquer all.
Now, her journey has begun. Betrayed at every turn, can the Girl who Sang with Whales learn to sing a new Song? Can she save the Whales she loves?

I have completed drafting the second volume in the IsleSong series, The Girl who Loved the Whales! (At long last) The second book is essentially a redemption journey, taking Zhialeiana from a place of terrible darkness to a brighter future. I am hoping to release this book in late February 2017.

Here's a little taster for you:

’Twas the current of terror we sailed that daysong,

Myriad dangers lurk across the long leagues. Pirates. Treacherous Battlecats. A Hunter from the Deep and a city besieged by Sea-Dragons. The combative Bardsong of a mighty War-Titan–what are his wicked plans for her? With strength born of love, Zhialeiana must conquer all.

Now, her journey has begun. Betrayed at every turn, can the Girl who Sang with Whales learn to sing a new Song? Can she save the Whales she loves?

I'm also pleased to report that drafting of the 3rd book in this series is progressing well. More news on that soon!

I'm delighted to announce the release of the 2nd Edition volume of The Girl who Sang with Whales,  which is for me, a return to a beloved world of poetry, song and ever-restless oceanic vistas that hide many secrets, both cetacean and draconic. Having grown up in Cape Town with the ocean at my doorstep, this is a story which has always been close to my heart.

This revised and expanded 2nd edition lays essential groundwork for later books in the series. While I’ve made over 6,500 individual changes to the 1st edition text, the key change comes at the end of Chapter 29. After nearly three years of consideration, I excised the final three chapters of the first edition (Chapters 30 to 32) and replaced them with a different, and I feel improved, resolution that so many loyal readers requested. This effectively eliminates the original cliff-hanger ending.

If you purchased the first edition you should receive an email from Amazon with an updated file for your device, or you'll be able to send it to your device from your Amazon dashboard.

The IsleSong series, as planned, now links in closely with the world of Aranya, Dragonfriend and The Pygmy Dragon - you may already have noticed from certain shared features of the world-building. 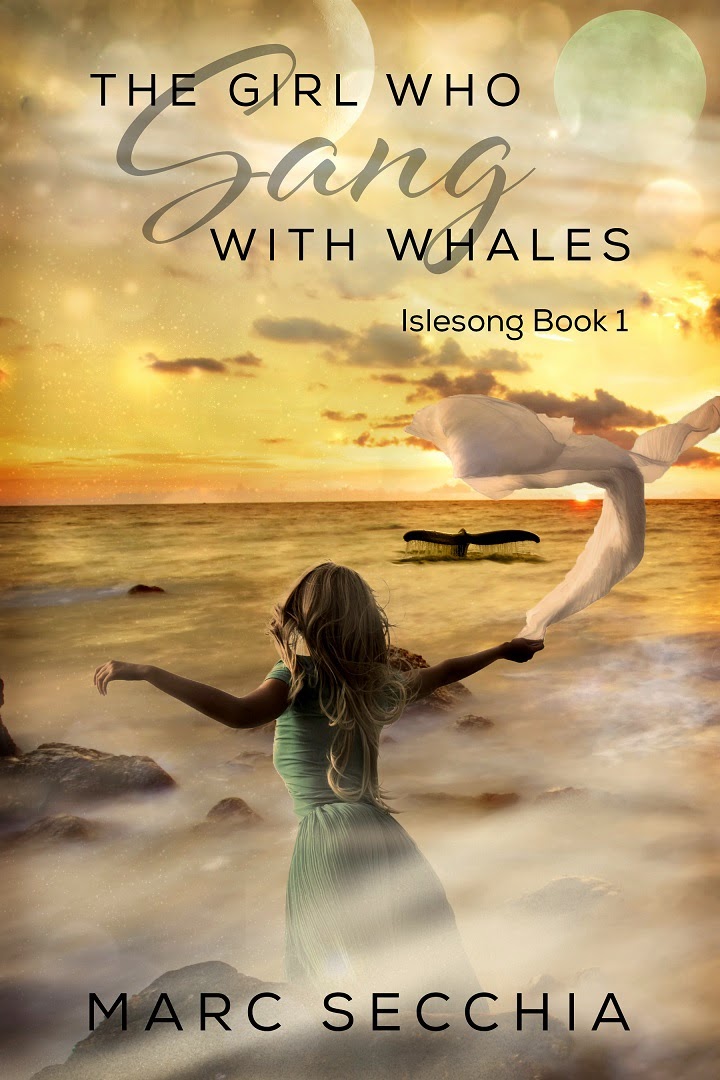 A story for anyone who loves the ocean and its whales, salt water in their hair, and the gentle rasp of beach sand between their bare toes. This story will transport you to a beautiful, unspoiled ocean world where people have to rely on Whales to travel between the islands. A world where danger can, and does, lurk beneath any wave.


A chance conversation with a car passenger provided the germ of the idea for IsleSong. My sources of inspiration this story combine my love of the ocean, having grown up in beautiful Cape Town, a concern for the environment, and the Chris Tomlin song 'Indescribable'.


I am currently working on appendices for IsleSong to delve deeper into the mythology, geography, and inner workings of this world. They will accompany a possible second edition of the first book in this series, or with the planned second part - plotted and planned in detail while camping at Lake Langano in Ethiopia, looking out over the huge expanse of the lake and watching fish eagles and hornbills fly by ...

Back at it! I'll hopefully be posting up photos from my trip around northern Ethiopia on my blog soon. Today, I wrote the first words of Dragonsoul, part #3 of Dragonfriend. They are: "She's dying." I've a rip-roaring adventure planned for you! I've been looking forward to writing this tale for months now, making despicable plans for the antagonists until they meet their deserved ends and our triumphant MC's fly into an Island-World suns-set together ... yes, I'm a sucker for a ha ppy ending. 'Nuff said! Between, there will be dragons, battles, soul-searching, adventure, Dragon lore, romance and a very special surprise for those of you who loved a certain character in Dragonfriend Book #1. Not to mention the wakening of a rogue Ancient Dragon mentioned in The Onyx Dragon, the genesis of the Dragon Rider tradition, a ride down a frozen nostril and an unlikely cavalier rescue. I hope to provide high entertainment, thrills aplenty, wild Dr
Read more