It's here! All the answers you were looking for regarding the fate of Aranya and the Pygmy Dragon wrapped up in a package of epic battles, adventure, twists and surprises galore, and a final battle that is literally out of this world.

Beautiful Fury (Shapeshifter Dragons Book 4) is complete and edited by myself. Today I passed the manuscript on to my excellent proofreader. Cover design is well in progress so I expect to be able to announce a date very soon. 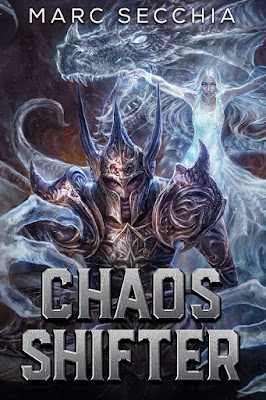 Available to PreOrder on all Amazon stores.
Posted by Marc at 6:07 AM 4 comments:

Calling all scrollworms, dragons and librarians! 10th Feb is the big day, but do snaffle your copy today! 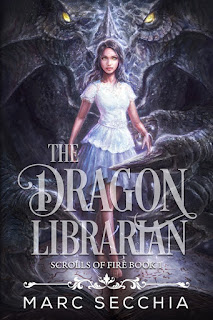 How can a blind girl navigate the most sacred lore of the mighty Dragonkind?

For Auli-Ambar, born blind and disfigured, life in the Halls of the Dragons is a stark mixture of wonder and the simple labour of cleaning roosts. That is, until she finds herself inexorably drawn to the mystique of the Dragon Library and its powerful Librarian, the venerable Dragon Sazutharr.

She dreams of scroll-worlds opening to her.

But little does Auli-Ambar realise the part that she will play in the fate of the Dragonkind, as a potent cauldron of magic, enigma, politics and draconic power plays comes to a boil in this first volume of Scrolls of Fire.

Set in the same timeline as the Dragonfriend series, with an intersecting storyline.
Posted by Marc at 8:37 PM 10 comments: