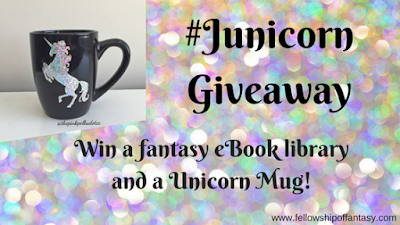 It's June and that means it is time to celebrate the majestic Unicorns. Seven authors from the Fellowship of Fantasy have banded together to bring you this awesome giveaway. What's more, you have double the chance to win because we will have ...

TWO WINNERS!
That's right!
One lucky winner will receive a unicorn mug (US winners only)
the other a SEVEN ebook Library including ...

So sign up via the Rafflecopter prize below here or at
http://www.fellowshipoffantasy.com/special-events 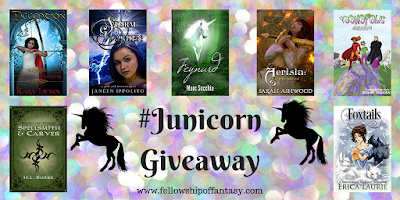