Political correctness in a world of differences

July 28, 2013
This month I had the opportunity to travel through Southern Ethiopia, through an unspoiled, beautiful rainforest territory in the old Ilubabor province . This area is recognised as a UNESCO biosphere, an area of outstanding natural beauty and environmental importance. One of the main exports is wild coffee which is grown right in the forest as pictured below (the coffee bushes are the lower foliage in the picture and you can see the unripe berries clustered on the bushes): 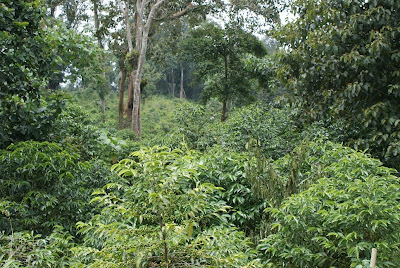 We travelled from Addis Ababa through Jimma to Metu and then turned south on the Tepi road to stop near Masha to visit with a people group called the Shekkacho, over 200,000 people who live in this rainforest and practice traditional methods of conservation. I met this delightful gentleman called Dambaally who apparently killed two lions in his youth. He's pictured standing alongside a traditional Shekka hut. Just in front of him is the well from which water can be drawn by hand. 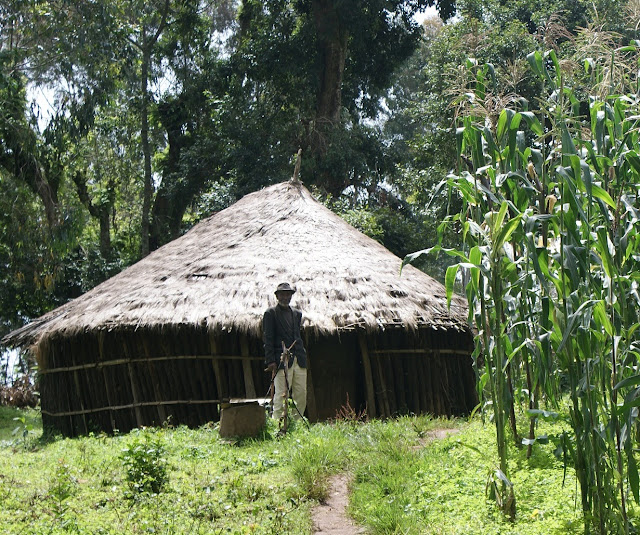 Near an area called Tepi the views are simply forest and range upon range of mountains as far as the eye can see: 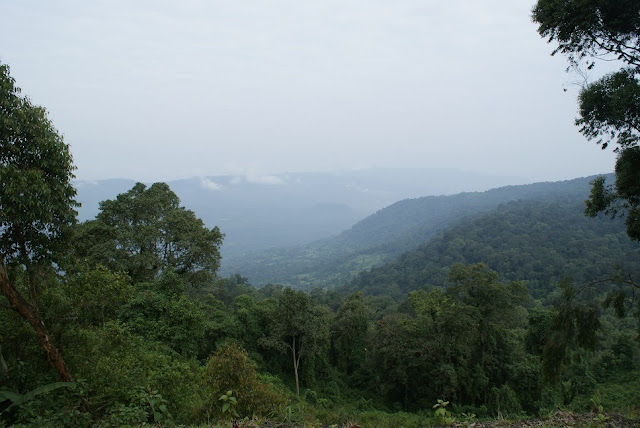 I wonder what you picture when you think of Ethiopia? Do you picture the scenery above, or do you picture poverty, disease and need? One thing such a trip reminded me of is how different a culture and background I come from, and in many ways, how privileged I am for example in terms of resources and education  - even though I also come from Africa. And that started me thinking about differences.

In South Africa, where I grew up, differences were institutionalized and enshrined in law under a system called apartheid, the policy of separating different racial and ethnic groups - supposedly to help preserve or keep pure their language and culture, amongst many other economic and political reasons. One learned to see not in terms of similarities or common humanity, but in polarised terms such as black/white, empowered/disempowered, first class/third class (different carriages on trains, first class being for 'whites' and third for 'blacks'). Words followed, a language of differentiation - for example, a common word for a black person in South Africa was 'kaffir', which carries the same connotations as 'nigger' for Black Americans, except that in South Africa the word is only ever negative whereas in America the n-word has been appropriated into common slang in some communities.

Much has changed for the good in South Africa, and there is much to be thankful for. I can now take a train with anyone I like, thank you very much.

But I wonder how one un-learns to see differences? Are differences necessarily bad? Do we need to use a language of political correctness to avoid giving or receiving offence? Are differences to be celebrated or swept under the carpet? Did you watch the Paralympics in the same way that you watched the Olympics? With the same thoughts going through your mind?

And of course, children see differences as much as anyone else and they will stare and ask questions, and they will learn from our responses how to treat difference. In a hotel we stayed in one of the staff was a midget - at least, until my children started asking questions and I got to thinking and questioning my responses, that is the word I would have used. The correct word is 'little people'. The m-word carries connotations of circus freak-shows and can be deeply offensive, I have learned. The m-word is to be avoided. So I struck it out above.

The questions followed, "Why's he so small, daddy?" "I'm taller than that man, aren't I?" "Can he do everything a normal person can do?" "He's funny, isn't he?" Can anyone help me come up with some easy parental answers to these questions? That are neither judgmental, nor politically incorrect, nor point out differences in a negative way? He might have a great sense of humour and be a very funny man, how would I know? I felt compelled by their questions to build him up, to say he can do anything I can, to underline his worth as a human being as best I could - and yet there is difference and that is simply the way it is. And after that, I started to wonder what the 'right' response is. Was my motive in answering the way I did born in some kind of pity? Should I not have noticed he was a little person? In meeting poverty, is a 'right' response to perceived suffering, the same response that might rob a person of their dignity and self-worth? How is our 'help' seen? Condescending or compassionate?

I believe it comes down to seeing the worth in a person - in taking the time to really get to know them before we presume to judge or understand or meet their 'needs'. Simply in telling our stories we might learn from each other. I would never have guessed I was speaking to a lion-slayer when I met that elderly gentleman in the picture above. How many lion-slayers have you walked past without knowing it?